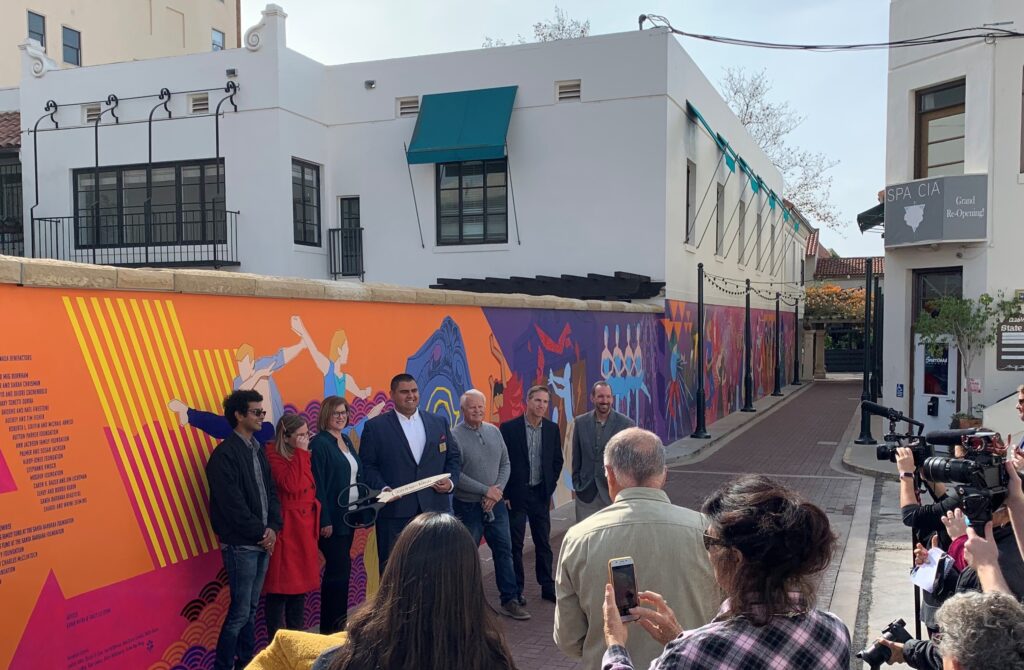 SEPPS Senior Planner Steve Fort attended the ribbon cutting for Plaza Granada, the new gateway to Santa Barbara’s theater and arts district. The Plaza Granada features new landscaping and lighting, decorative walkway and driveway treatments, and a stunning mural painted by local muralists. Plaza Granada is the culmination of several years of dedication and planning between area business owners, city officials, patrons of the arts and residents, who collaborated to develop the renovation. The project from idea to groundbreaking was almost a decade in the making.

Mr. Fort assisted the Towbes Group, Inc. and the Granada Theater in managing completion of necessary entitlements which included recordation of a Tract Map and coordination and recordation of various complex agreements involving multiple property owners. Mr. Fort was honored to work with these two prestigious entities on the effort which represents one of the final projects envisioned by developer and benefactor Michael Towbes.